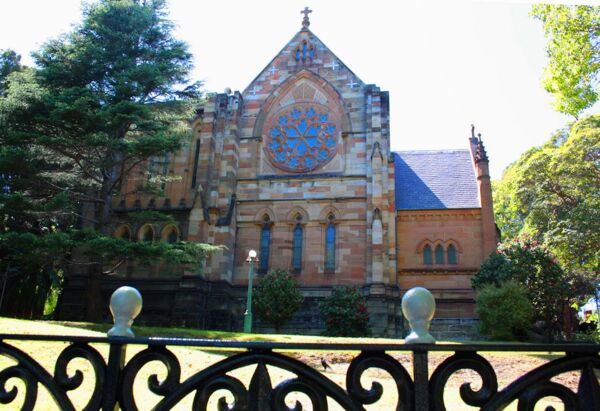 Architect was Edmund Blacket and construction took place between 1876 and 1882. The Church was mainly paid for by Henry Mort, the brother of Thomas Sutcliffe Mort, as a thanksgiving for the rescue of his wife and child from shipwreak in 1865; as a memorial to his wife, Maria, who died in 1873; and as a church for his clergyman son.

Constructed of sandstone masonry with an aisled nave, small transepts and the santuaryin an apse at the East end . The roof structure comprises timber hammer beam trusses, purlins, common rafters, boarding and slates. The west end and stub tower are later additions to the building.

The organ in All Saints is one of three 3-manual instruments built by Messrs Forster and Andrews of Hull ,England between 1881 and 1884 for buildings designed by Edmund Blacket. The first was for the University of Sydney(1881),the second All Saints Woollahra and then S. Saviour's Anglican Cathedral, Goulburn (1884).