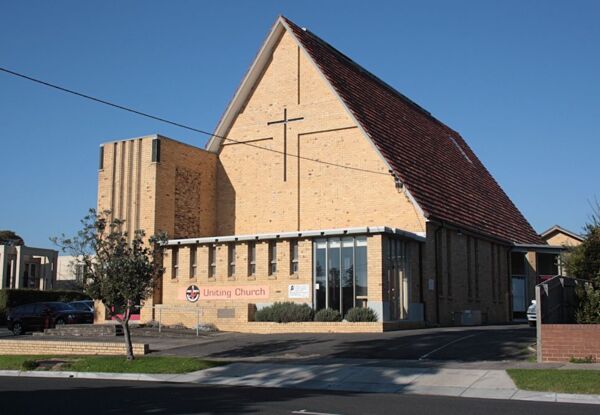 A Presbyterian Church service was first held in 1916 in an open space beside the then Mechanics Institute. The new Presbyterian congregation was at once attached to the congregations which had already been worshipping for many years at Somerville and at Baxter, then known as Mornington Junction. Two new congregations, at Seaford and Frankston Forest were to be formed much later, and the five preaching places remained in association until 1965.*

However there are records that suggest Presbyterian services were held as early as June 1891 conducted by Reverend MacAdam in the Mechanics Hall.*

In 1923, during the ministry of William Watkins, a Church Building was completed in Davey Street, and dedicated by the Right Reverend Donald Cameron, Home Mission Director and State Moderator.*

In 1958 it moved to its current location in High Street as the St Andrews Uniting church. Today its called the High Street Congregation.*

The Architect was Mr John Walinga and the builders were Messrs S.W. and J Gardiner of Frankston. The total cost of the building was 50,000. The Davey Street Church was sold to the Christian Science Society.*

The Foundation stone of the new church was laid on 29 March 1958 by Reverend Goddard M.A.B.D. and the dedication service was held in December of the same year.

In 1940 Dr. J. F. Mackeddie, one of the congregation's stalwart leaders, made a generous gift to the church of an Aeolian Pipe Organ, adding much to the praise of the sanctuary. The organ was rebuilt in the new church building.*