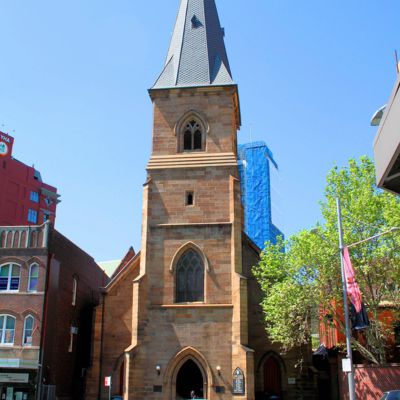 First service was held by William Grant Broughton in a brewery storeroom in Elizabeth Street, Surry Hills on 28 October 1838. The foundation stone was laid on 1 January 1840 and the partially completed building was consecrated on 10 September 1845. Architects included Henry Robinson followed by Edmund Blacket in the period 1844-1880…