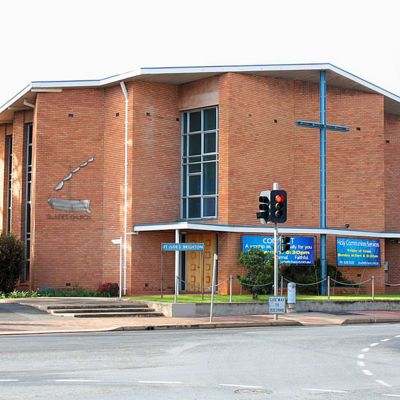 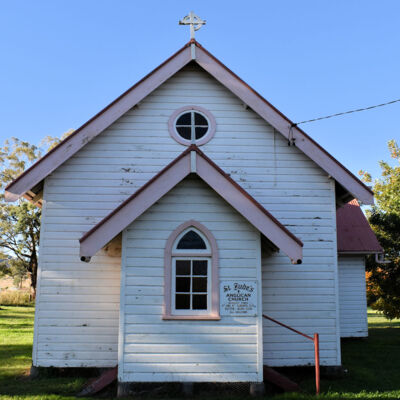 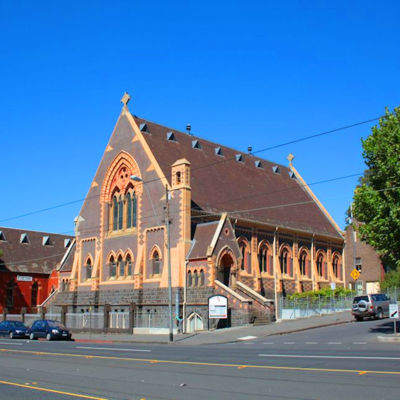 The church was built in two stages, the first between 1866 and 1867 and the second between 1869 and 1870. It was designed by Joseph Reed and Barnes. The builder was John Pigdon. The tower at the northeast corner was never erected and in 1935 was substituted by the present porch and Bell-cote. A foundation stone was laid on 14 September… 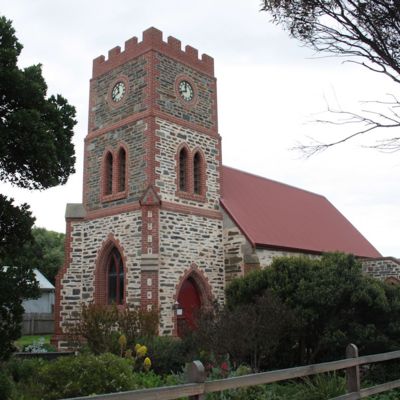 At a public meeting held in Port Elliot on 27 January, 1854, a committee was formed to progress the building of a church, to be chaired by Mr Buxton Forbes Laurie. The Foundation stone was laid by Dean Farrell on 22 June 1854 and by December the structure was so far completed that divine service was held there on Christmas Day 1854,…