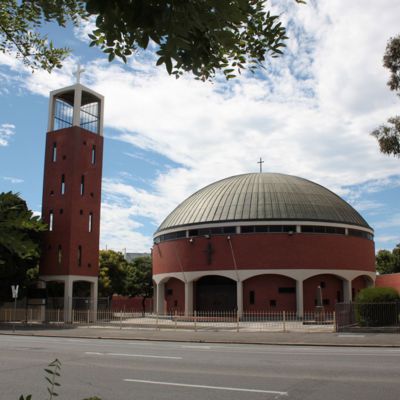 The Church is circular in plan, with an inner circle forming the gallery and an arc forming the Sanctuary. It is a reinforced concrete structure with brick walls which allows a band of windows at the base of the Dome. The roof is covered with sheet copper. The freestanding Bell Tower was constructed under a later contract. 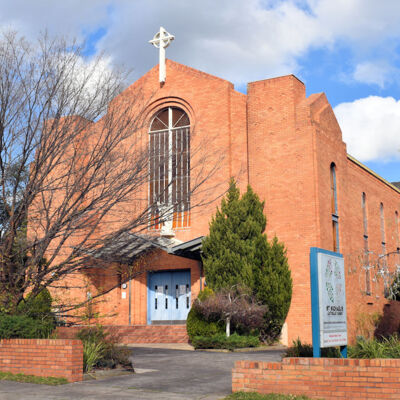 The first Mass was conducted by Father Patrick Loughnan on Sunday 11 December 1927 at the Ashburton Hall located on the corner of High Street and Johnston Street, just west of the shopping centre. On 26 April 1946 Ashburton was created a parish, entrusted to the care of Father John Ryan who had been an army chaplain. As the parish grew he… 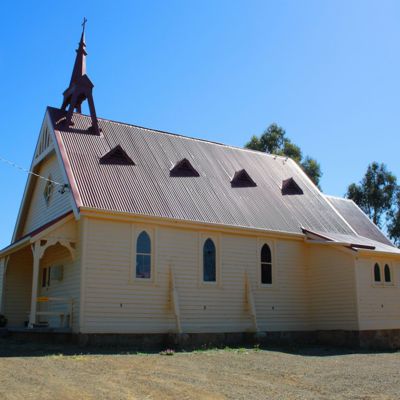 The Church was first called St Thomas'. Services were held in the public hall but in 1897 there were plans to build a church. The Foundation stone was laid in November 1903 and the building dedicated in April 1094. In July 1919 the foundation stone of the Chancel was laid. 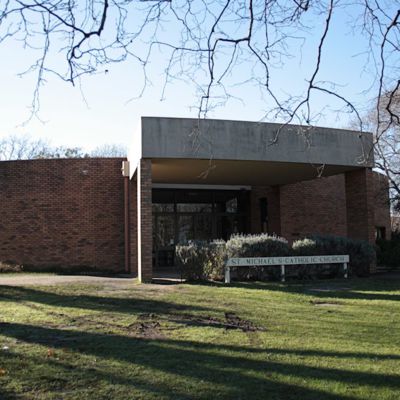 The first church, built of weatherboard, was erected in 1870. It was originally part of the Brighton Parish. St. Michael's Parish was established in 1956, having previously been part of the parish of Dandenong. In 1956 it became part of the Diocese of Sale. The current Church was opened on 29 April 1984 and was blessed by the Bishop of… 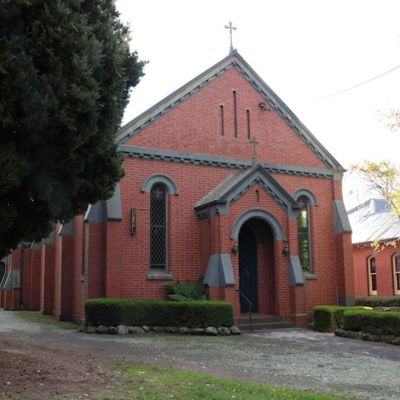 The Parish was established in 1890. A few years before in 1878 Dean Moore purchased a block of land for a church and school. This land now holds the Bungaree hall and some adjoining houses. The first recorded baptism in Bungaree was that of Ellena Rice performed by Fr J Cleary on 31 August 1890. When Fr Linane retired in 1965 Fr… 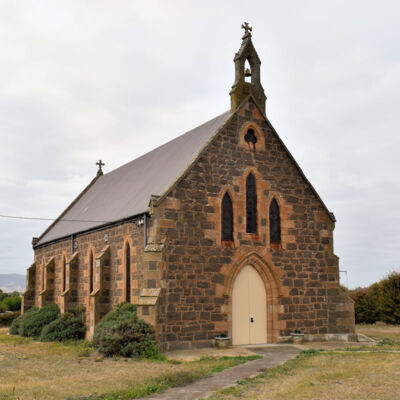 Bishop Willson rode on horseback from Hobart to Campbell Town to lay the foundation stone of the church on June 25 1856. He was assisted by six priests, the pastor John Fitzgerald and Fathers Butler, Hogan, Bond, Dunne and Keohan. The land was secured in 1857 by Bishop Willson and was consecrated in September of that year. 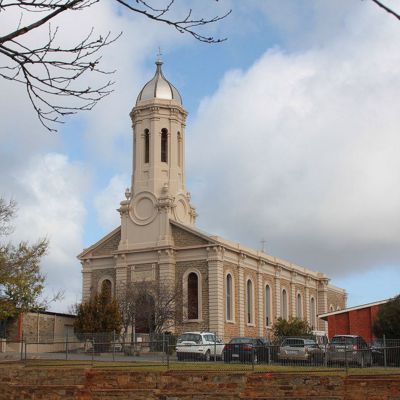 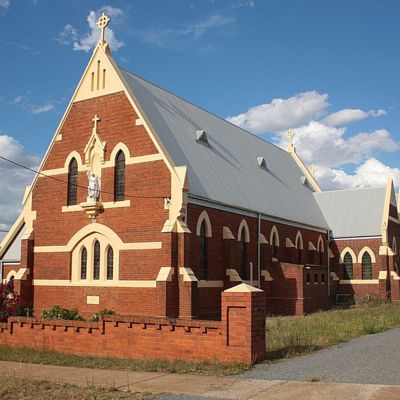 The first church was built about the year 1888. It was enlarged some years later and served as a church school until the present brick church was built by the Rev Father Griffin in 1911 at a cost of £1,600. The Foundation stone was laid on 18 October 1911. In 1928 the church was added to by the erection of a sanctuary, sacristy and… 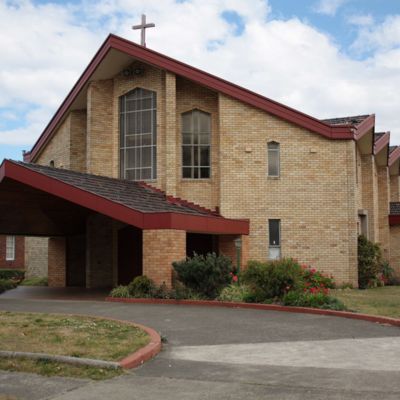 Daceyville was Crown land in the 1880's and was named Raggetty Flat. In January of 1913, the Government Housing Board asked Archbishop Kelly if the Catholic Church was interested in participating in a ballot for sites to erect religious buildings in the then named Dacey Garden Suburb. The Archbishop accepted the invitation and the… 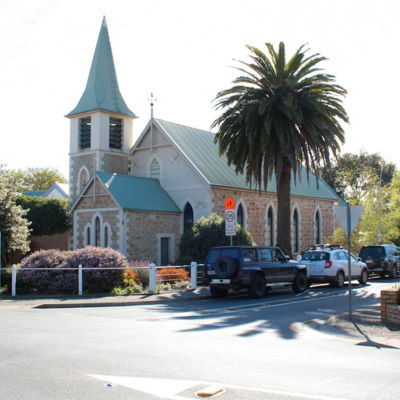 The first Church was a mud-wall building of 1840. The Foundation stone of the current church was laid in 1858. The Church was founded by Prussian Lutheran dissenters, the church still services the oldest existing Lutheran congregation in Australia. 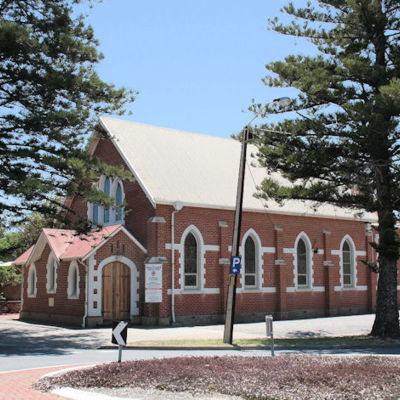 The Foundation stone was laid on 11 February 1922 by John Barker Esq. 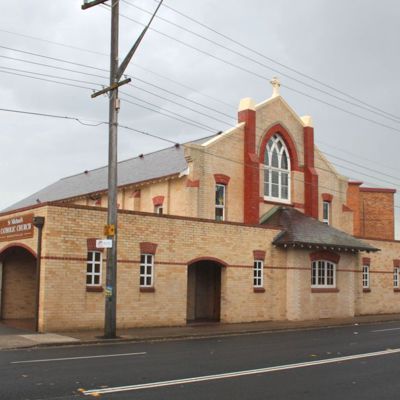 On 18 December, 1850, Michael Gannon purchased 1905 acres from the estate of Captain John Townson whose grant of crown land took in the whole of the present suburbs of Hurstville and Carlton reaching almost to Kogarah Bay. Michael Gannon then transferred ownership of two acres to the Most Reverend John Bede Polding on 24 November, 1855… 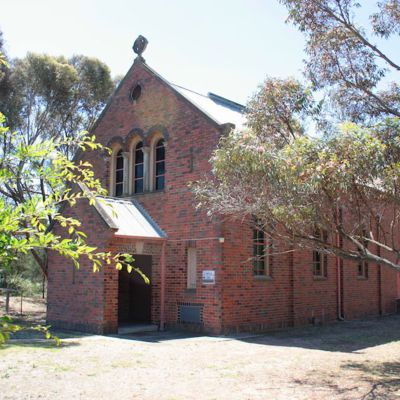 The Foundation stone was laid on 29 December 1929 by Right Reverend Dr Folly Bishop of Ballarat. 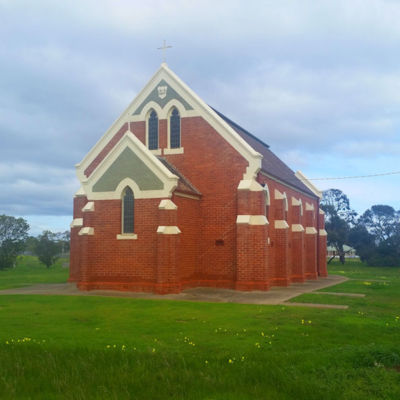 The Church Community was commenced in 1857, when Fr. Ranald Rankin was appointed resident priest by Melbourne's first Archbishop, James Goold. In 1884 Ferguson & Urie erected a two light stained glass window over the altar. The donor of the window, Miss Ellen Bannon/Bannin died two years later in 1886 at the Prince Alfred Hospital… 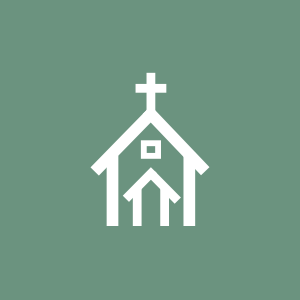 The area was originally called Salt Creek. It was also known as Gnadenfrei before 1918 when names of "enemy origin" were changed to sound less German. The Gnadenfrei Lutheran Church was established, then a German school was established in 1879. Originally aligned with the Langmeil congregation, the German settlers formed their own… 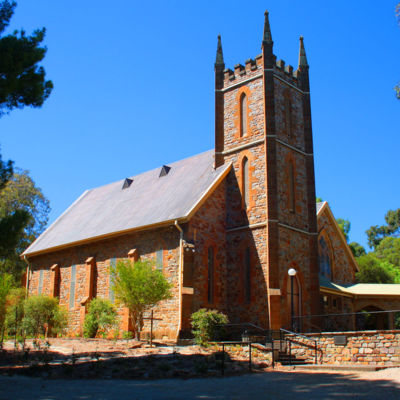 A foundation stone was laid on 30 September 1848. McElligott's quarry at the southern end of Fullarton Road supplied the stone for St. Michaels. Gothic Revival Church built 1852, by W.Weir, southern nave added by E.Wright in 1863, vestry in 1871. Stone was quarried in Brownhill Creek Reserve and unfortunately the original (and typical… 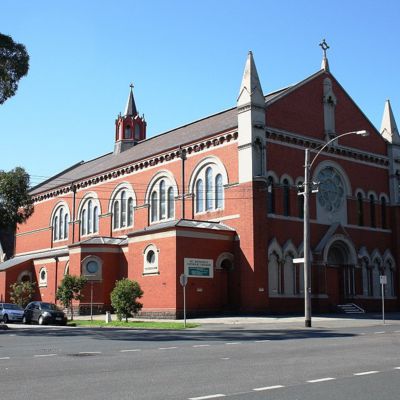 The Church was designed by the Melbourne Architects Grainger, Kennedy and Little. The Architects drawing's show a spire on the corner and mulit coloured brick work across the facade. The spire was never built. The cost of the building was 7,250 and was built by Tom Saunders of Carlton. The Foundation stone was laid in June 1907 and the… 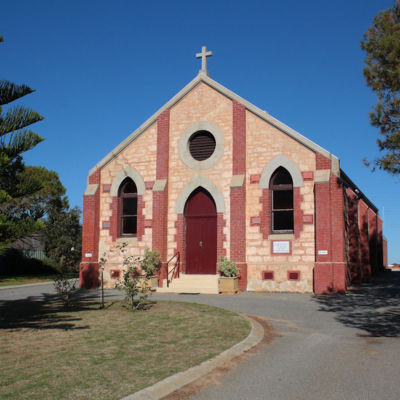 A Foundation stone reads, "To the Glory of God the Church of St Michael and all Angels was consecrated by David Murray Asst Bishop on the 29th January 1996". 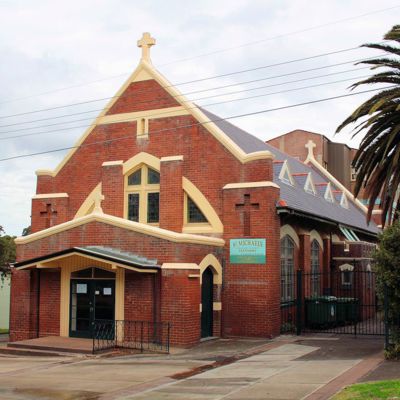 Stanmore was named by a prosperous saddler, John Jones, who purchased land in 1835. The Foundation stone of this church was laid on 10 December 1911 by his Grace Archbishop Kelly. 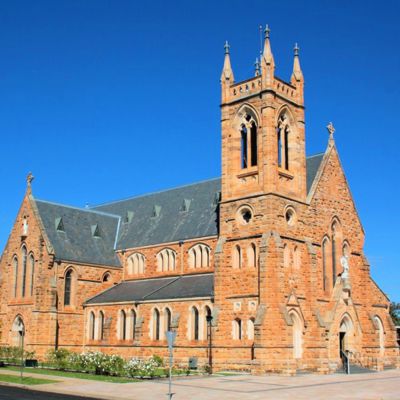 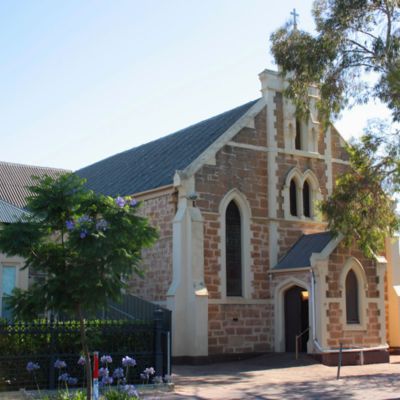 Formerly Baptist church built 1894. The church and hall was rebuilt in 1948. The new cornerstone was laid by Mrs. T. Playford (wife of the Premier [Thomas Playford IV]) on November 20, 1948. 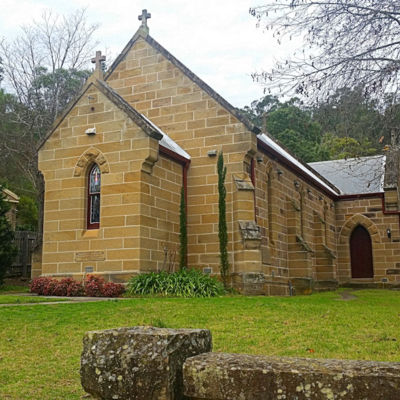 The Foundation stone was laid on 30 September 1840 by the Reverend John Polding. From 1843 services were held in the Gothic-style church, built of locally quarried sandstone.Erected beside Wollombi Brook, the church suffered damage in the 1893 flood and was moved to higher ground in Maitland Road, where it remains. In October of that year… 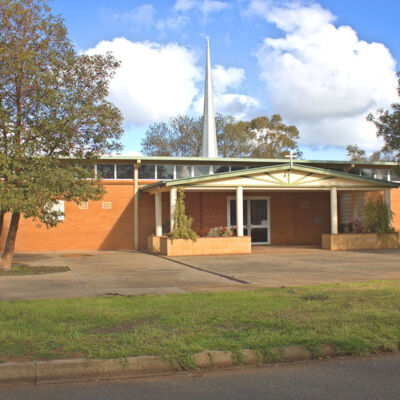 The first Church built at Mount Wycheproof was the Roman Catholic church, it was opened with great celebration on Easter Monday April 2nd 1877. The Catholic school attached to the current Church was opened in 1954. A Foundation stone reads, "Blessed by Most Rev J.P. O'Collins Bishop of Ballarat 19 Nov 1967. Men of Parish G.A. Egan… 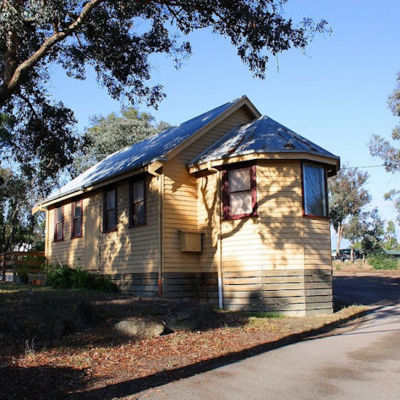